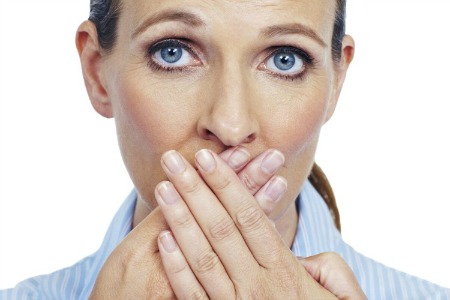 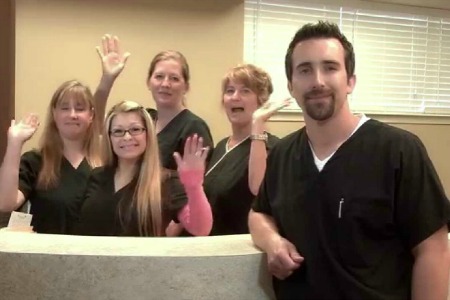 Four out of five people have periodontal disease and don’t know it! Most people are not aware of it because the disease is usually painless in the early stages.

Not only is it the number one reason for tooth loss, research suggests that there may be a link between periodontal disease and other diseases such as, stroke, bacterial pneumonia, diabetes, cardiovascular disease, and increased risk during pregnancy. Researchers are determining if inflammation and bacteria associated with periodontal disease affects these systemic diseases and conditions.  Smoking also increases the risk of periodontal disease.

Periodontal disease (also known as periodontitis and gum disease) is a common inflammatory condition which affects the supporting and surrounding soft tissues of the tooth; also the jawbone itself when in its most advanced stages.

Signs and symptoms of periodontal disease:

Periodontal disease is most often preceded by gingivitis which is a bacterial infection of the gum tissue. A bacterial infection affects the gums when the toxins contained in plaque begin to irritate and inflame the gum tissues. Once this bacterial infection colonizes in the gum pockets between the teeth, it becomes much more difficult to remove and treat. Periodontal disease is a progressive condition that eventually leads to the destruction of the connective tissue and jawbone. If left untreated, it can lead to shifting teeth, loose teeth and eventually tooth loss.

Periodontal disease is the leading cause of tooth loss among adults in the developed world and should always be promptly treated.

When left untreated, gingivitis (mild gum inflammation) can spread to below the gum line. When the gums become irritated by the toxins contained in plaque, a chronic inflammatory response causes the body to break down and destroy its own bone and soft tissue. There may be little or no symptoms as periodontal disease causes the teeth to separate from the infected gum tissue. Deepening pockets between the gums and teeth are generally indicative that soft tissue and bone is being destroyed by periodontal disease.

Here are some of the most common types of periodontal disease:

There are many surgical and nonsurgical treatments the periodontist may choose to perform, depending upon the exact condition of the teeth, gums and jawbone. A complete periodontal exam of the mouth will be done before any treatment is performed or recommended.

Here are some of the more common treatments for periodontal disease:

Ask your dentist if you have questions or concerns about periodontal disease, periodontal treatment, or dental implants.

Periodontal disease is diagnosed by your dentist or dental hygienist during a periodontal examination. This type of exam should always be part of your regular dental check-up.

Your dentist or hygienist will use pocket depths, amount of bleeding, inflammation, tooth mobility, etc., to make a diagnosis that will fall into a category below:

Gingivitis is the first stage of periodontal disease. Plaque and its toxin by-products irritate the gums, making them tender, inflamed, and likely to bleed.

Plaque hardens into calculus (tartar). As calculus and plaque continue to build up, the gums begin to recede from the teeth. Deeper pockets form between the gums and teeth and become filled with bacteria and pus. The gums become very irritated, inflamed, and bleed easily. Slight to moderate bone loss may be present.

The teeth lose more support as the gums, bone, and periodontal ligament continue to be destroyed. Unless treated, the affected teeth will become very loose and may be lost.  Generalized moderate to severe bone loss may be present.

Periodontal treatment methods depend upon the type and severity of the disease. Your dentist and dental hygienist will evaluate for periodontal disease and recommend the appropriate treatment.

Periodontal disease progresses as the sulcus (pocket or space) between the tooth and gums gets filled with bacteria, plaque, and tartar, causing irritation to the surrounding tissues. When these irritants remain in the pocket space, they can cause damage to the gums and eventually, the bone that supports the teeth!

If the disease is caught in the early stages of gingivitis, and no damage has been done, one to two regular cleanings will be recommended. You will also be given instructions on improving your daily oral hygiene habits and having regular dental cleanings.

If the disease has progressed to more advanced stages, a special periodontal cleaning called scaling and root planing (deep cleaning) will be recommended. It is usually done one quadrant of the mouth at a time while the area is numb. In this procedure, tartar, plaque, and toxins are removed from above and below the gum line (scaling) and rough spots on root surfaces are made smooth (planing). This procedure helps gum tissue to heal and pockets to shrink. Medications, special medicated mouth rinses, and an electric tooth brush may be recommended to help control infection and healing.

If the pockets do not heal after scaling and root planing, periodontal surgery may be needed to reduce pocket depths, making teeth easier to clean. Your dentist may also recommend that you see a Periodontist (specialist of the gums and supporting bone).

It only takes twenty four hours for plaque that is not removed from your teeth to turn into calculus (tartar)! Daily home cleaning helps control plaque and tartar formation, but those hard to reach areas will always need special attention.

Once your periodontal treatment has been completed, your dentist and dental hygienist will recommend that you have regular maintenance cleanings (periodontal cleanings), usually four times a year. At these cleaning appointments, the pocket depths will be carefully checked to ensure that they are healthy. Plaque and calculus that is difficult for you to remove on a daily basis will be removed from above and below the gum line.

In addition to your periodontal cleaning and evaluation, your appointment will usually include: